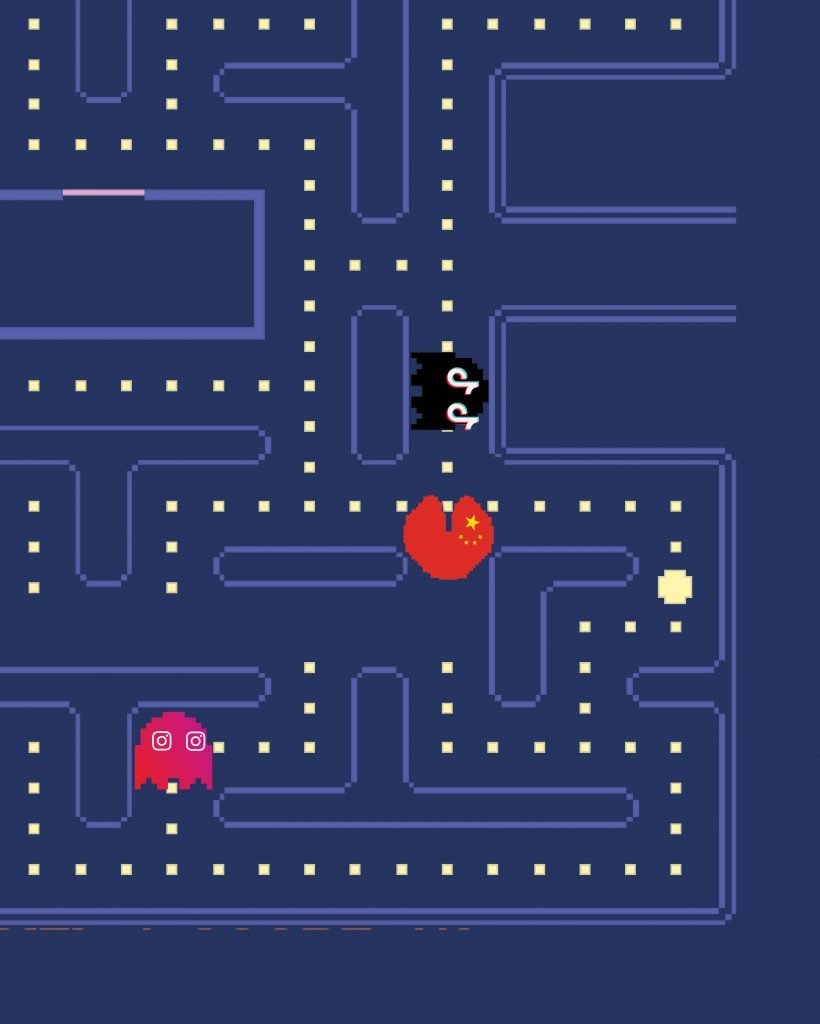 TikTok Bans Around The World

While TikTok is facing major global bans, Instagram is rushing to take over their lost ground in the market. Find out why!

Social Media App TikTok announced on July 7th that, in light of the national security law that limits freedom of speech and expression, they will be pulling out of HongKong. The app prides itself on providing users a platform to express themselves without limitations, which is not aligned with the new Chinese law that criminalises “subversion” of the government, meaning restricting journalists, citizens, but also platforms to speak against governmental institutions or the state – such as requesting Hong Kong’s independence. Since July 6th, a law was put into place empowering police to penalise platforms and online companies that transgress against this new law.

Although this seems like a move in line with TikTok’s strategy of not operating in China (Hong Kong was exempt so far from this strategy), TikTok may be weathering an unforeseen future globally. On Monday night, Secretary of State Mike Pompeo suggested that the US is currently looking into banning TikTok entirely, considering the threat of a breach of data privacy. The Indian government banned the platform at the end of June together with 58 other mobile apps with ties to China, due to its “threat to the sovereignty and integrity of India” (PIB, Government of India). TikTok spokesperson Perez assures however: “We have no higher priority than promoting a safe and secure app experience for the millions of (users) who use TikTok. We have never provided user data to the Chinese government, nor would we do so if asked.”

With the app requesting user data such as contacts, location, camera and microphone use, this is a topic of relevance for the 1.6 million Australian users as well. If you’d like more information on the topic, give Channel 9 New’s TikTok segment from Monday morning. It’s safe to say, we are curious to see how this will play out!

Instagram’s TikTok Clone “Reels” that was tested at the end of last year in Brazil has now been expanded to Germany and France – which means it will arrive soon in Australia too.

Reels is a new mode in IG stories, enabling users to create 15 second videos with music or voiceovers, that can be adjusted in speed and time; just like TikTok. Reels has a large music library to choose from, as well as giving the option of recording own audio or sound. The video can be paused, restarted, accelerated or slowed down, depending on the creators preference. Additionally, AR filters and special effects can be added to the screen to distort or beautify a setting.  It is set to be a more engaging and entertaining way to generate content that was usually reserved for TikTok and not found on Instagram.

Initially, the Reels were only sharable on Stories, however the feature has now received its own tab (just like IGTV). Additionally, Instagram launched IG Explore, where top reels are featured and going viral around the world – even if currently only available in a handful of countries. Although the social media platform has not yet announced when the feature will be rolled out globally, we don’t think it will take very long. As TikTok was one of the most downloaded apps of Q1 in 2020, Instagram needs to keep up to stay relevant. Even-though the platform started out being dominantly used by Gen-Z, Millennials have been jumping onto the social media trend (rising from 22.4% in January to 27.4% in April), making it a very attractive platform for advertisers to use to reach a large and engaged audience.

Especially in light of TikTok’s controversial standpoint in the US, it’s pull-out of Hong Kong and its ban in India, Instagram may be able to catch on to the success of its rival.

LinkedIn Learns to say your name

And last but not least, towards some more serious business, starting this week, LinkedIn will be rolling out yet another feature. The new audio feature will enable users to both record their names, but also helps your colleagues learn how to pronounce yours. Pretty irrelevant for Matt’s or Sam’s but for our Brand & Activations Manager Sinaed, it’s a FINALLY answered cry for help (for all of you wondering, it’s pronounced: [SHI] + [NAY]).

The audio feature is optional and currently available for Android and iOS, but for Product Manager Joseph Akoni, it is a crucial feature: “Ever seen someone’s name in writing and find yourself not totally sure how to pronounce it correctly? Correct pronunciation is not just a common courtesy—it’s an important part of making a good first impression and creating an inclusive workplace. That’s why we decided to provide a feature that gives you the option to share how to pronounce your name.”