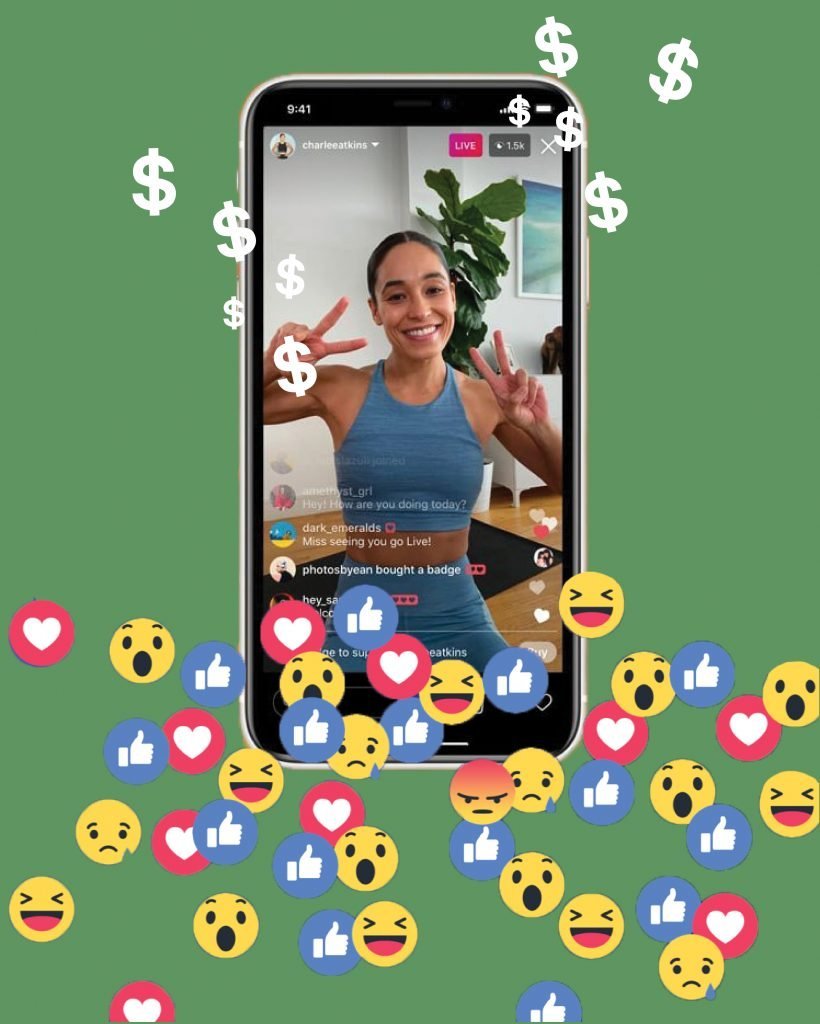 This week, we're all about money. WhatsApp rolled out a new transaction feature to streamline payments, Instagram is introducing influencer monetisation and Photoshop is luring in new customers. Have a look!

WhatsApp, the messaging platform that has been Facebook owned since 2014, released a new payments feature on Monday. Currently, WhatsApp has a global reach of 2 Billion users, making it one of the leading social apps. It’s new payments feature allows users to make purchases from small, local businesses from within the app. To use WhatsApp Payments consumers have to link either a Visa, Master or debit card to a WhatsApp account, and then the fingerprint or Face-Id is used as a security measure to prevent false or unauthorised transactions. This transaction method is for free for users, while businesses will have to pay the processing fee (of 3.99%)which accumulates to similar amounts as Credit Card fees.

The feature has only launched in Brazil so far, but it’s already been penned as profitable to expand around the world to streamline payment services and transaction flow globally. Brazil was an especially fruitful place to start, as the transactional value can fully be made use of by Brazil’s millions of micro businesses that already use WhatsApp as a medium for inquiries and customer communication.

After launching Live Shopping in May, Instagram has yet again introduced new advancements and ventures to the platform. While Instagram has always posted paid content throughout users stories and feeds, the platform has never shared this revenue with creators. For months there has been talks of Instagram rolling out a new monetisation stream to include influencers in the revenue model through IGTV ads, but recently Instagram now gave it a definite timeline: next week! The ads will have a similar concept as YouTube ads do, meaning they will appear before a creator’s IGTV video if it is clicked on from the feed. These ads will have a duration of 15 seconds, offering the option of being skipped if unwanted.

The first wave of rollouts will be trailed on 200 approved US creators as well as advertisers such as Ikea and Sephora. 55% of the revenue will be going to influencers, incentivising them to create more original and qualitative content. Depending on success rate, the rollout will gradually continue and spread internationally.

imultaneously, Instagram Badges will also be introduced. These badges have a value between $0.99 – $4.99, and can be purchased through IGTV. Rather than selling a product, these badges will function as “loyalty donations” for followers, showing their love and support for the influencer.

The implementation of both features has come after IGTV has gained momentum and popularity throughout the current global pandemic, with many influencers and creators venturing out into the saved live stream sessions to entertain followers throughout lockdowns and build a loyal and more personal audience. This creates a competitive and favourable environment for creators, and an opportunity for Instagram to keep creators on Instagram rather than them moving on to TikTok or YouTube now that restrictions are easing.

Last week, Adobe launched “Photoshop Camera”, an app that is home to dozens of colourful and world-altering filters, ranging from replacing backgrounds like a green screen to adding face filters and AI assets. Although resembling the name, Adobe Photoshop and Photoshop Camera are not related. While the images can be edited on the regular variables such as saturation, exposure, contrast and vibrance, the main focus lies on altering the photo through filters.

This is currently available for both Android and iOS, however the app is set to be integrated into other apps in the future. Additionally, Adobe is planning to introduce artist collaborations and limited edition filters, such as one filter that was launched with the App of Billie Eilish, transforming the sky into an eerie-like setting with her ‘Blohsh’ logos raining down the screen.

Adobe CTO Abhay Parasnis stated that the main idea of the Adobe Photoshop Camera is to “bring the magic of Photoshop directly to your camera’s viewfinder”, as well as being a stepping stone for users who still find the Adobe apps too intimidating and would like to slowly ease into the Adobe world.