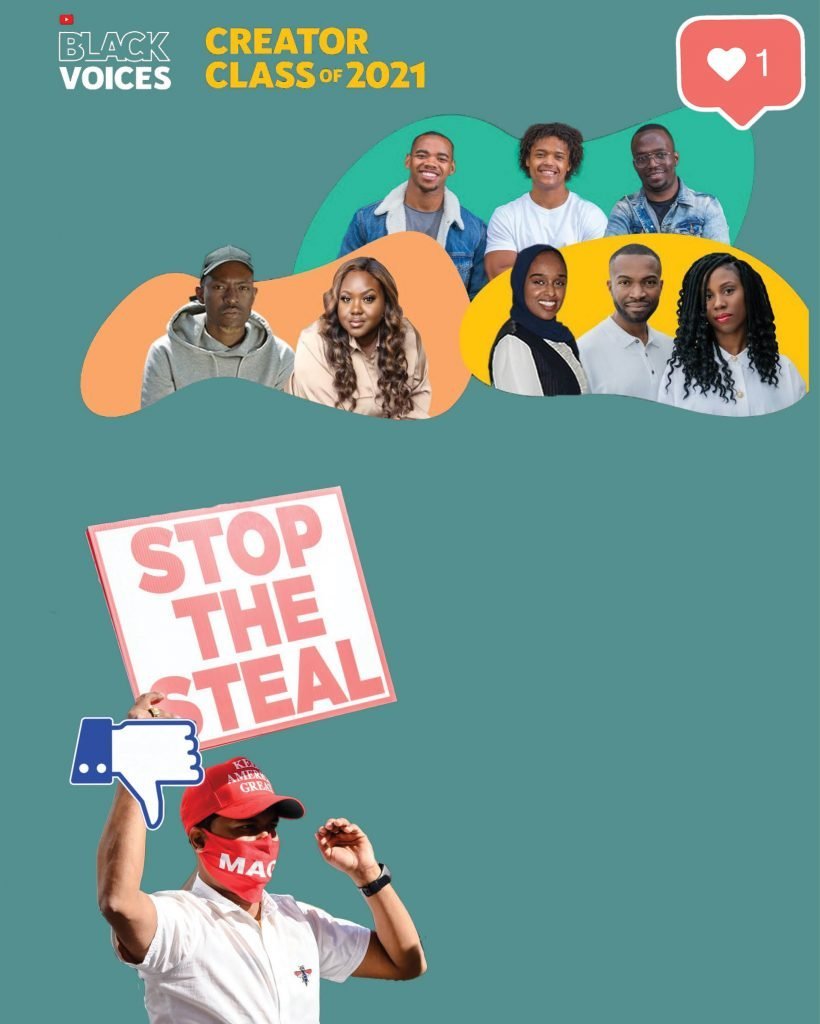 Socials got political this week, with YouTube celebrating black creators, while Facebook was forced to block and suspend political hate speech enticing violence.

This week YouTube has announced its first participants in the #YouTubeBlack Voices program, made up with a group of 132 creators and artists worldwide who will receive funding and support from the video giant.  The $100 million, Google-owned video site’s grant program was announced back in June in the wake of the #BlackLivesMatter protests to elevate and grow black creators on the platform. The initiative aims to help YouTube maximise representation and diversity on its platform, while also seeking to eliminate cultural biases.

YouTube stated that, in addition to this program they will address potential algorithmic bias, with the platform learning models based on user inputs. This meaning that if the users are inherently biased, so will the systems be too. YouTube has aimed to eliminate such issues by altering their systems and changing a lot of the content that is presented to users. YouTube stated that it will try to “support and connect with the wider global Black communities through a wide range of programming and events”. We like to see a huge platform like YouTube keeping the drumbeat of change alive and making a long-term impact on their platform.

Last week, WhatsApp faced immense backlash when it chose to announce an update to its terms and privacy policy, which is mandatory for all users to accept in order to continue using the app. Users were spooked by the last point in the policy where is stated that – ‘How we partner with Facebook to offer integrations across the Facebook Company products’. Many believed that WhatsApp was now planning to share user data with Facebook and accused the app of not respecting user privacy. WhatsApp has worked hard this week to clarify its terms and conditions with them saying communication on WhatsApp between friends and family should be unaffected by the privacy changes going into effect on February 8. Unfortunately for the popular messaging app, the damage might have already been done in terms of competition.

Several messaging apps have also taken the opportunity to further amplify user concerns and promote themselves as a safer alternative. After the immense backlash WhatsApp was forced to release a statement clarifying the changes and reminding users end-to-end encryption will still apply.

As the changes require users to opt-in, WhatsApp users are essentially being given the choice to agree to share more of their data with Facebook or discontinue using the app altogether.

The Capitol Riots last week were a turning point for Facebook, as the platform realised that the discussion around political dissent on their platform was more than just chatter and had generated civil unrest. They have made it their number one priority this past week to target content which contains false claims and misinformation on the elections.

Facebook, along with other huge tech giants (twitter, Instagram etc.), have suspended Trump’s verified accounts in the days after the capitol riots as they believe that his constant campaigning against the election results without evidence to support his claim fuelled his passionate supporters. Facebook has also announced that in conjunction with the suspension of Trump’s accounts, it will remove all posts that include the phrase ‘stop the steal’ in the lead-up to the inauguration of incoming US President Joe Biden on January 20th Facebook stated on Monday that they have, “removed the original Stop the Steal group in November and have continued to remove Pages, groups and events that violate any of our policies, including calls for violence.”

The social media giant clarified that discussion around the outcome of the elections will still be allowed however users attempting to assemble under the “stop the steal” phrase will no longer be able to do so. It is a certainly a hard road ahead for Facebook to balance freedom of speech and integrity of information on their platform however due to recent events, the social media giant believes certain measures must be taken in order to stop events like last week from happening again.