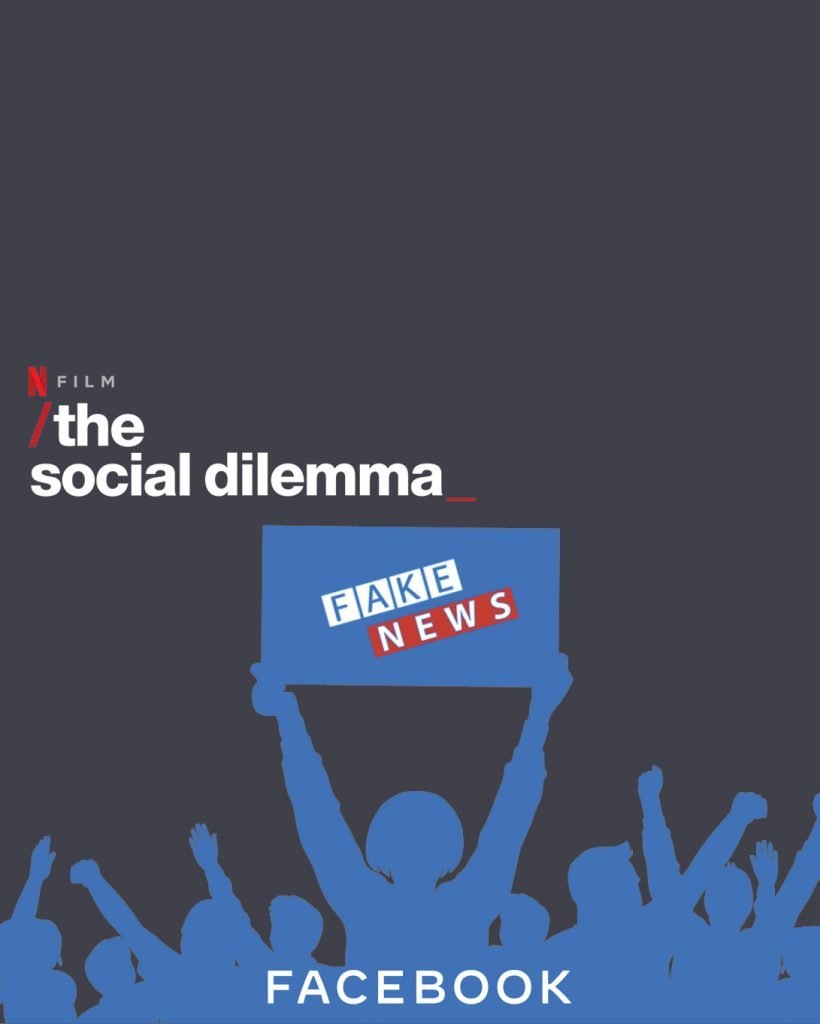 A social dilemma looming over Facebook, a walk down Instagram's memory lane and a call to action from Pinterest to get creative.

On September 9th, Netflix released it’s newest documentary film, THE SOCIAL DILEMMA, a film that “explores the dangerous human impact of social networking, with tech experts sounding the alarm on their own creation”. Educating viewers on how large social media platforms manipulate and influence its users through carefully crafted algorithms, it clearly outlines how user data is gathered to accurately target ads and predict consumer behaviour. Since the documentary launched and gained popularity all over the world, users are reportedly taking social media breaks or turning their backs on the large platforms.

After holding a steady spot in the top 10 of Australia’s Netflix charts, Facebook felt the need to respond. Facebook publicly denied the claims and allegations made in interviews by former employees of social media companies, stating that rather than “offer a nuanced look at technology, it gives a distorted view of how social media platforms work to create a convenient scapegoat for what are difficult and complex societal problems”. The main key takeaways that Facebook points out the Film misinterprets are:

If this all sounds very confusing, you want to know what all the fuss is actually about or if you are simply looking for a reason to finally take a break, we strongly recommend watching the documentary on Netflix now!

For Instagram’s 10th Birthday, the platform is once again adding a few new features. The main attraction – that feels like a trip down memory lane in a time when we can’t travel freely and have to live through our past travel experiences- are Story maps (which in our opinion look suspiciously similar to Snapchat Maps!) that offer recaps of all the places you’ve posted stories from throughout the past three years.

Among the other features that Instagram debuted, are personalisation options, more E-commerce features and user data insights. Building on last week’s story about personalising your home screen through iOS-14, Instagram has also launched a range of variable icons for the app to suit your home screen. Integrating the Shop feature to video content is another advancement the platform has introduced: the shopping bag icon is now available in IGTV and will most probably be welcomed to Reels as well in the near future, further promoting the cross channel integration the Instagram has been working on.

And last but not least, here’s a trip down the Instagram memory lane:

Although all of these features and insights are definitely entertaining and something new to quench our social media thirst with, it’s also another reminder as to how the platform is tracking our every move. Maybe there is some truth to The Social Dilemma after all?

And to finish off on a more positive and inspiring note, Pinterest is hosting a digital Pinterest Creator Festival on October 15th, inviting all educators to part-take in inspiring and educating users on the platform. With over 400 Million global users, that platform is all about sharing, trying and remixing content ideas. To build together, Pinterest is engaging with its growing online community to turn ideas into business, giving creators and entrepreneurs a medium to speak on.

Under the theme of “Make the World Make”, Pinterest is trying to promote creation, no matter if it in the form of foodporn inspiration, a DIY interest or improving everyday life through styling hacks.Set to speak on the global panel stage are, amongst others, Babs Burchfield, Co-Found of Conscious Commerce, David Chang, Chef and Founder of Momofuku, Suze Kaufman, Content Marketing Manager at Vimeo and Evan Sharp, Chief Design and Creative Officer of Pinterest.

So if you feel inspired to get creative next weekend, make sure to set a reminder and make the world make.