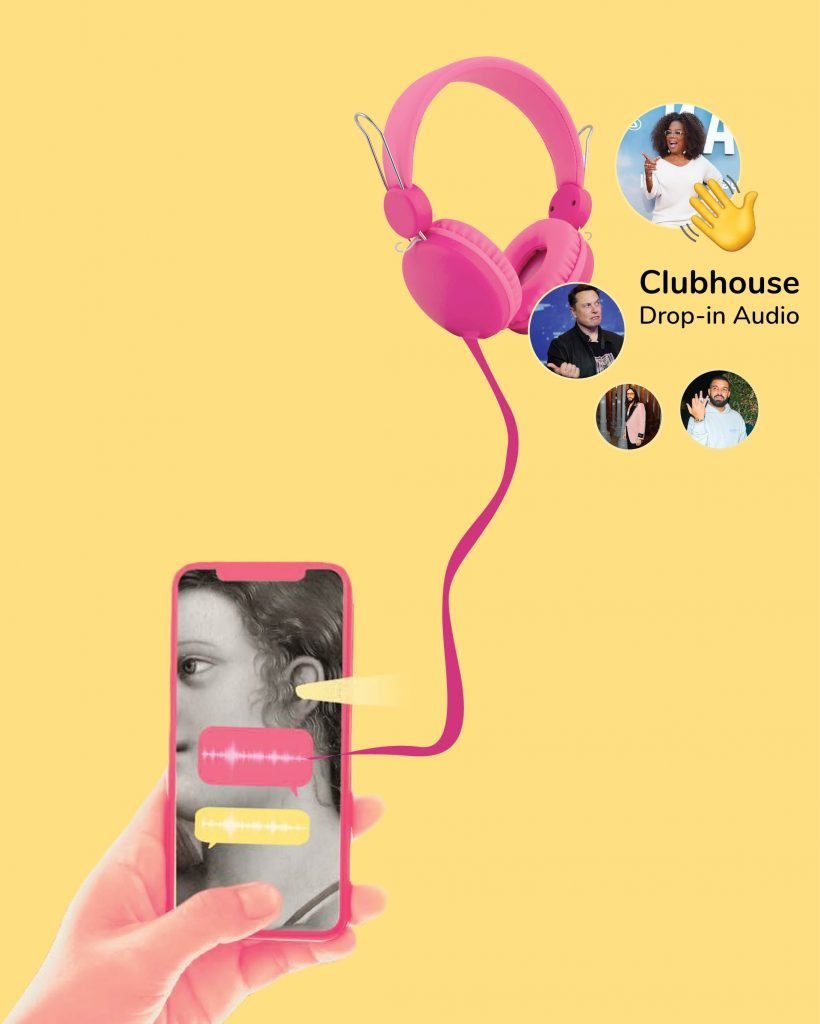 Forget photos and videos, the future of social is audio!

Clubhouse is the newest social media platform that’s created a massive hype so far in 2021, but as for what Clubhouse actually is, many people are still looking for the answer!

So we’ve sat down and done the work for you. Clubhouse is a social networking app based on audio-chat, where users can listen in on conversations, interviews and discussions between a number of interesting people on a number of various topics. And after not even one year, it already has an estimated value of $1billion!

Clubhouse made its debut in the mainstream social media realm when Elon Musk hosted an audio-chat on Clubhouse with Robinhood CEO Vlad Tenev. The room maxed out to capacity with the conversation live streamed to YouTube and other social media platforms. Hence, as of 1 February 2021, Clubhouse has 2 million users, continuously growing, with the platform announcing a range of new features ready to be rolled out, designed to directly pay creators on the app – including tipping, tickets and subscriptions.

Vogue described the app’s experience as “a dizzying bringing together of live podcast-style conversations, panel discussions, networking opportunities (some savvy people are already swapping ‘influencer’ for ‘moderator’) and advantageous multiple-room use (locked and private options are available so you can talk to pals too), the social-media app mimics real-life interactions.”

Basically, Clubhouse really brings the ‘social’ aspect back into social media. No photos, no videos and no visual elements to it, people simply chat in real time, sharing stories, collaborating, and bouncing ideas off one another. It’s being praised for its simplicity, and its capacity to facilitate real community and discussion and as summed up by Elon Musk, “…context switching is the mind killer.”

So how does the app work?

Pretty simple: you can either tune in, or get called on as a participant in the chat, but the central premise is that this is a virtual clubhouse, with each discussion happening in a different room of a house. With a delightful selection of Hollywood’s A-lister including Zendaya, Ashton Kutcher, Elon Musk and Oprah Winfrey (to name a few!) who are supposedly members of Clubhouse, the incentive to tune in is just that much bigger. Bottom line, lectures, debates, book clubs, performances and more are all available to listen to, free of charge. The one rule? No recording is allowed.

At the moment Clubhouse hasn’t fully developed to the point of its popularity – the app is not open to the public as of yet. For the time being, access is by invite only –  an existing Clubhouse user has to send an invite from their app giving you the ability to set up an account. If you are invited, you’ll receive a link texted to your phone number, directing you to a sign-up page in the app. Founders of Clubhouse have however already stated that they’re working on making the app available to the public as quickly as possible.

But for the moment, we will have to sit tight and hope that we know someone who knows someone who can invite us to be part of the fun and games.