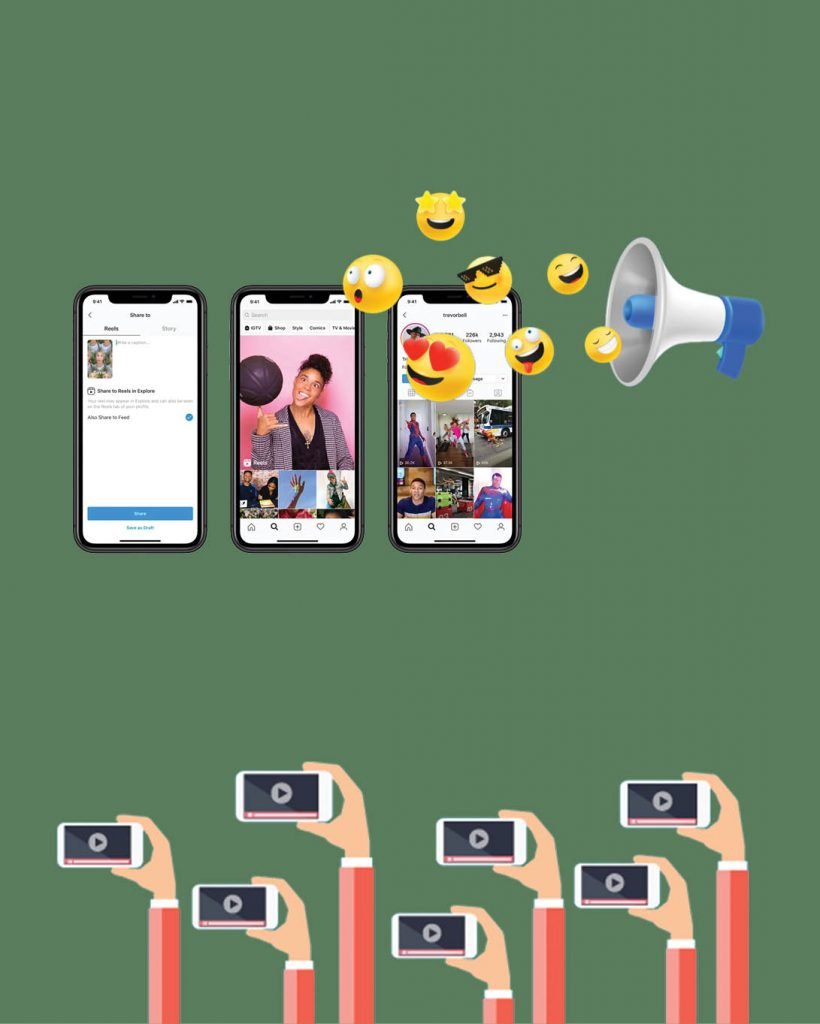 Why stick to standard photos or videos, when you can integrate an experiential element into your content? From Soundmojis to content toggles and full screen experiences, Facebook, Instagram and TikTok are trying to outdo one another.

Messenger has launched ‘Soundmoji’ to add another element to message threads

Facebook has announced the launch of ‘Soundmojis’ to their Messenger platform.

‘Soundmojis’ are a “next-level” emoji that lets you send emojis, paired with the accompanying short sound for example:👏 = clapping,🥁 = drumroll , and 👻 =evil laughter, and more. They state that everyday there are 2.4 billion messages with emojis used within Messenger, and that users rely on them to say what words can’t – “Now imagine if your emojis could talk, what sound would they make.”

That’s not all… Messenger has also incorporated audio clips from your favourite artists across both TV series and movies such as Universal Pictures and Brooklyn Nine-Nine (yep, you heard it). Similar to sound emojis these audio clips can be used to express emotion to the person you’re chatting with.

Yes, you heard correctly. The Head of Instagram, Adam Mosseri, has announced that instagram will no longer be a photo sharing app and it’s looking to lean into video sharing and entertainment.

In a video he shared on Instagram and Twitter, Mosseri said; “The number one reason people say that they use Instagram in research is to be entertained. So people are looking to us for that.” He also states that there is serious competition right now in the world of social media, due to the increased success of competitor platforms TikTok and YouTube.

He describes upcoming experiments and changes that will be taking place on Instagram, one of which will be making video more immersive by offering a full screen experience.

Video sharing powerhouse, TikTok has announced an extended branded content toggle in which creators are able to use to add an extra level of disclosure to their clips.

The feature is currently available in only a selected number of countries with users of 10k followers plus, however will soon be rolled globally and will become essential when posting branded content to TikTok. TikTok additionally stated that even if this feature isn’t available to you it is still technically a legal requirement in most regions to provide such disclosure.

TikTok has explained that this is a small yet important update that will help TikTok boost its brand partnerships and is just another example of how the platform looks to convert its market presence into a money-making machine.