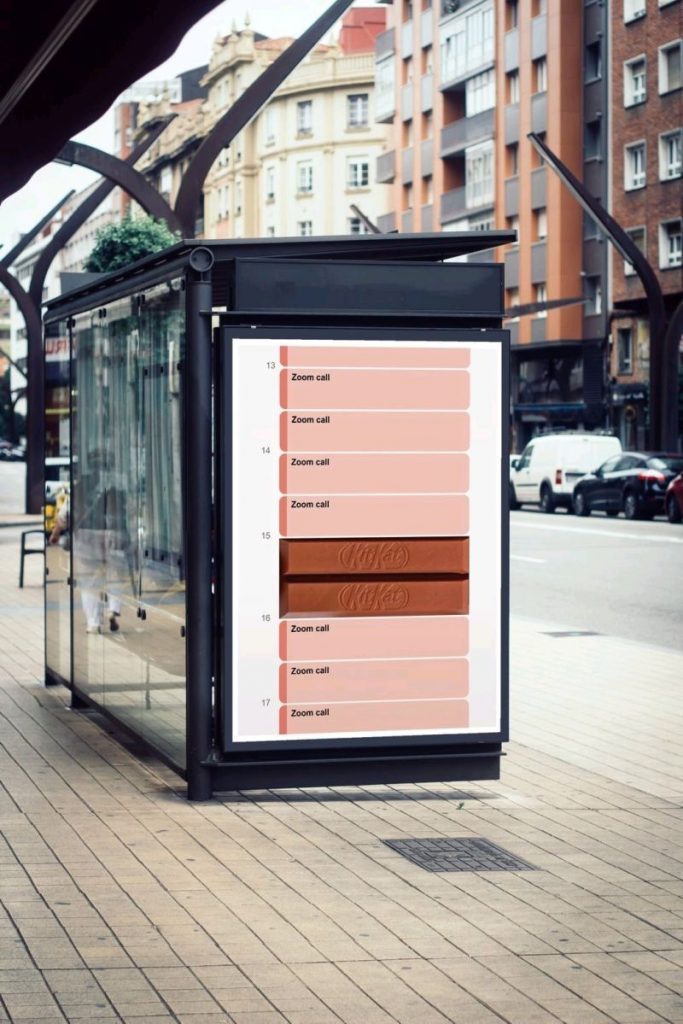 Why Didn’t We Think Of That

Need a 3 minute WFH break and want your creative braincells stimulated? We've summarised the most innovative marketing campaigns that have crossed our feeds recently.

This week we’d like to highlight some of the incredible campaigns we’ve come across laterly, ideas so well thought out and perfectly executed it made us stop and think ‘F**k, why didn’t we think of that’.

First and foremost, feast your eyes on this epic real time UE campaign by Nike:

Simple, yet very effective! What a clever way to up your collection game, especially for retail stores with limited storage space. Nike have mixed the two technologies together for real time customisation, it’s an amazing example of great product experience. Just goes to show, When we dare to discover different fields and technologies, creativity explodes!

Who ever said traditional advertising has died, clearly hasn’t this Kit Kat OOH by One Minute Briefs:

Genius is definitely the best way to describe it! Maybe one of the most creative ads we’ve seen during the pandemic. It perfectly compliments Kit Kat’s “have a break; have a KitKat” slogan. But if we’re being critical, in our world, we would only need 30 seconds to devour a KitKat!  Kit Kat anyone?

Here’s a great example of using current viral events as PR amo. Late week, IKEA unveiled it’s ‘CRISTIANO‘ water bottle. Following a press release for Euro 2020 where Cristiano Ronaldo replaced two Coca-Cola bottles with water and mouthed the word “agua,”. IKEA Canada took to to social media to show off its sustainable and reusable glass bottle, sporting the new name ‘CRISTIANO’. The same can’t be said for Coca-Cola who reported a US$4 billion dip in market value following the gesture.

Which gets you thinking.. Have you had you 2L of aqua today?

In the world of advertising, nothing sells as sweet than nostalgia, and for all you millennials out there, who can forget the sweet soothing start-up sounds of Microsoft Windows?
To relive those good old days, Microsoft released a 11-minute meditation track of those rings and whirs of Windows 95, XP, and 7. This comes in anticipation for the upcoming Windows 11, expected to be unveiled at the Microsoft Event this June.

Microsoft gave them new serene vibes by slowing them down to “a meditative 4,000% reduced speed” and turned them into “Slo-fi.”, and while you listen, you can also fixate on Microsoft’s scenic wallpapers of natural backdrops… Well that’s my Saturday night sorted!

For anyone who’d like a throwback this Thursday, take a listen below.

Till next time,
Two Palms HQ