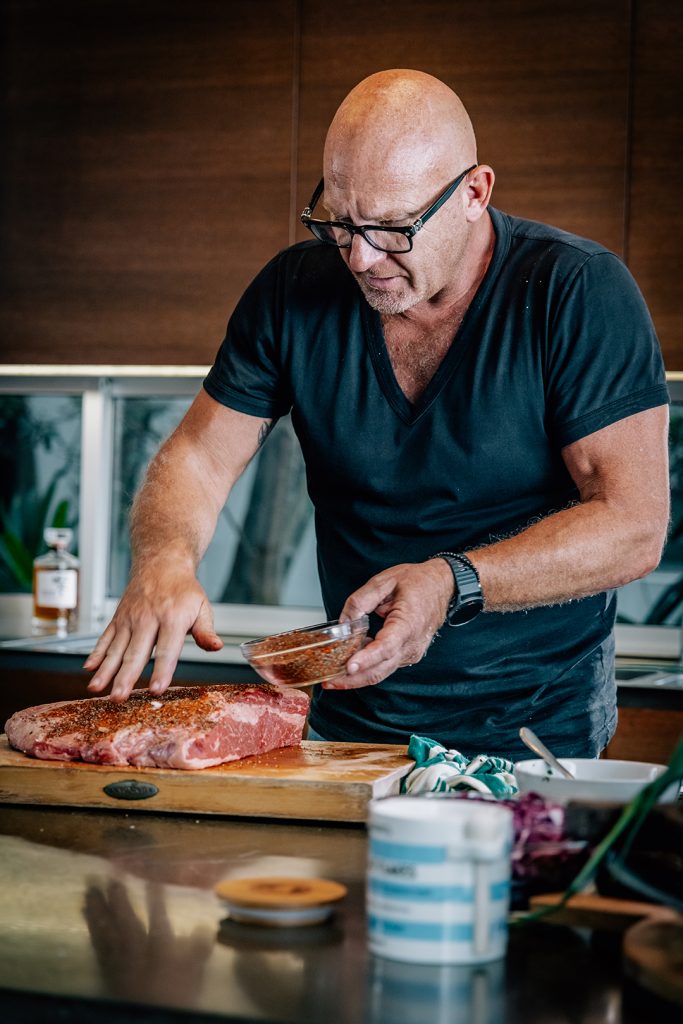 Mouthwatering meals, cracking conversations and a star-studded cast. May we introduce to you: Season 2 of the YouTube Series Kitchen Tales.

If you’ve ever had the pleasure of dining at Aria, Chiswick or the Barangaroo House, you know what the hype is about. Award-winning restaurateur and chef, Matt Moran, tasked the Two Palms production team with producing the second season of Kitchen Tales, his YouTube series in which he cooks for a star-studded cast, serving delicious meals accompanied by entertaining conversations.

This season, the series featured yet again a well-known cast: from The Inspired Unemployed and Jane & Jimmy Barnes, to Zoe Terakes and Vincent Fantauzzo! Alongside our friends at The Cru Media and KJTilse Media we conceptualised, directed, filmed, edited, and published all 8 episodes of the YouTube cooking series, showcasing Matt’s skills in the kitchen alongside some cracking conversations between Matt and his guests.

Aside from the mouth-watering food we shot (and tasted – and we can confirm, it’s even better than it looks) the content was a massive hit. The episodes have reached a mass online audience around Australia, driving awareness for Kitchen Tales as a series and growing Matt Moran’s personal brand. Make sure to tune in! Find the series on Matt’s YouTube.

A massive shoutout to the team involved: from our incredibly talented content creator and editor Harry Scott, our beloved cameraman Nick Kavo, the organised and skilled producer on sight, Desirée Battré and the man, the myth, the legend himself, Creative Director, Kurt Tilse. You’ve outdone yourself once again!