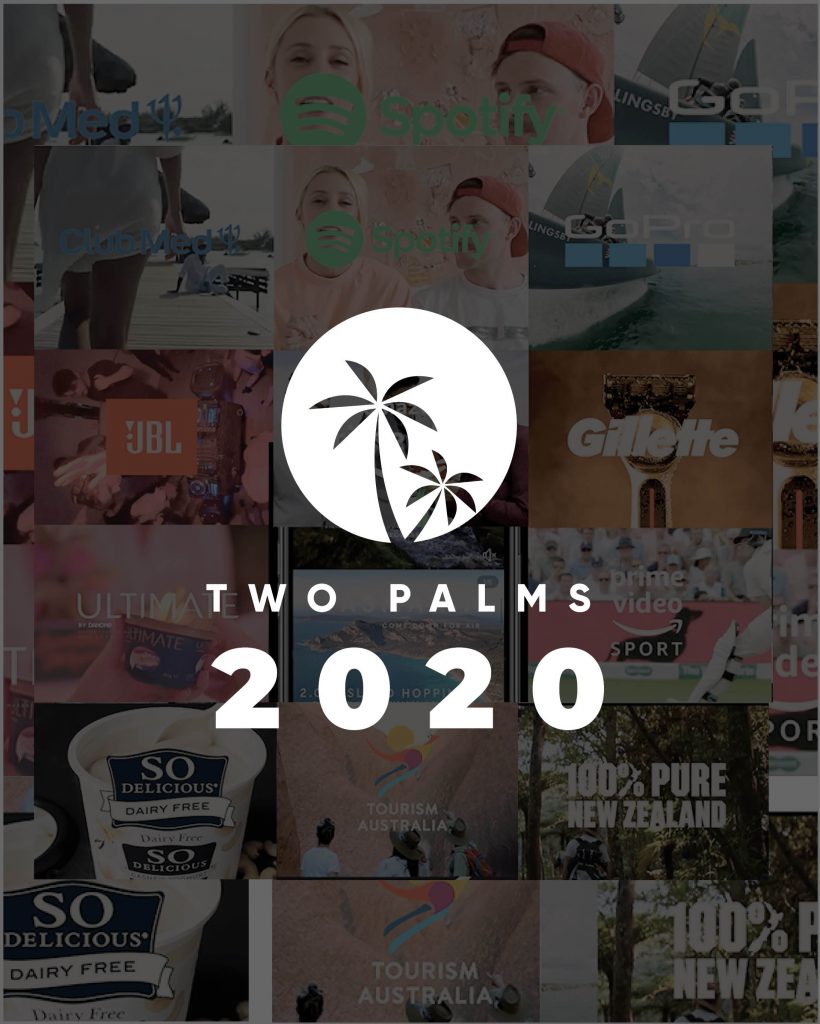 A glimpse of what happened under the palms in 2020, a whirlwind year of successes, milestones, and fast-thinking to conquer all amid a global pandemic.

A whirlwind year of successes, milestones, and fast-thinking to conquer all amid a global pandemic.

Well, here we are. We’ve made it. Christmas is behind us and ahead lies a fresh start, a new beginning to leave behind the year that will go on to mark history for decades to come.

We kicked off 2020 with a trip to the North Island of New Zealand on a content shoot for Tourism New Zealand. We took the road less travelled to get the shot, venturing behind waterfalls, climbing mountains and chartering boats.

A few short flights later we found ourselves back in Auckland, New Zealand on the set of The Wilds – a powerful series we’d go on to promote by sharing four inspiring Australian women’s stories of how they overcame adversity to become the strong and confident women they are today.

February rolled around and we kicked off by adding Lucy and Maxi to the Two Palms team and launching Hunters, starring Al Pacino with an evening like no other somewhere in The Rocks, Sydney.

As the media team headed to Melbourne to film for Heineken at the formula one, little did we know this was to be our last interstate domestic flight for the rest of 2020.

Upon touching down in Sydney, we heard the incredible news that we’d won Danone’s social media accounts for So Delicious, after a competitive pitch that was fuelled by our love of ice cream and a curiosity of the plant based sector.

Faced with a global pandemic, our small team doubled down and focused on what we knew best, powering on through it all. For 8 weeks we went virtual, and in that time we renovated and moved into a new creative office, organised a shoot with Rebel Wilson and championed creative influencer campaigns with ‘Last one Laughing’ and ‘World’s Toughest Race’ leading to our crowning as Influencer Agency of the Year 2020.

Then it was time for an AGM. We hit the slopes of Thredbo producing some lifestyle content for GoPro’s new active range, and welcoming Ellen, Sophie and Jess to the Two Palms team with an action packed weekend, complete with Apres ski to match.

As winter came and went, we continued to make some noteworthy milestones. Producing 6 shoots for Tourism Australia across 5 states, launching the GoPro HERO9 Black with interstate borders closed across the country, and hosting a virtual travel panel with industry leaders on behalf of Club Med…September was jam packed.

We went on to orchestrate a memorable social moment starring an entourage of influencers dressed as Borat characters in ‘mask-inis’ parading the famed Bondi Beach to promote Amazon Prime Video’s Borat Subsequent Movie Film. Then we rolled cameras to virtually produce a 6 day shoot within the AFL Hub for Amazon Prime Video, and enlisted the one and only ‘Fisher’ to talk to our favourite personal assistant Amazon Alexa.

Building a forward-thinking brand in 2020 has not been without its challenges. We’ve struggled in the absence of human connection, put in some long hours and reworked campaigns at the final hour as governments change legislation and consumers change sentiment.

But despite the challenges of 2020, we’ve continued to secure contracts with some of the largest brands in the world: Amazon, Tourism Australia, GoPro, and ClubMed, to name a few. Our talent division launched a podcast that soard to number 1 in Australia, The Health Code Daily and we celebrated Alex Hayes and Dom Tomato both filming for two different reality TV series

At the end of a grueling year I stand by my words 6 months ago. We’ve truly developed into a team; a brilliant balance of great minds and creative thinkers with plenty of character. A team who knows their craft inside and out. I’m so proud of how far we’ve come and the company that we keep, and I’m buzzing with excitement about the year ahead.