To celebrate the release of one of Amazon Prime Video’s biggest blockbusters of the year, Tom Clancy’s Without Remorse featuring Michael B. Jordan, the Two Palms Activations team hosted an exclusive pre screening for a select group of talent and media. We turned a laser tag venue into a military base with arm containers and barracks, camouflage netting and decorative weapons, and 39 social media talent got to embark on their own secret mission with the chance to win a PS5, a Tom Clancy game and an Amazon gift vouchers as a prize.Upon arrival, guests were given a dog tag with the movie’s release date before being guided into the military base, where they were greeted with a flaming cocktail – the drink was literally on fire!

What followed was an hour of activities, games, excitement and competition – even a PS5 that drove in on a remote control car covered in movie decals. The night was full of peking duck pancakes and quail lollipops, Widows Kiss and Corpse Reviver cocktails and endless arcade games. Overall, the exclusive screening of the Amazon Original was a major success, leaving Amazon and the Two Palms team with raving reviews. 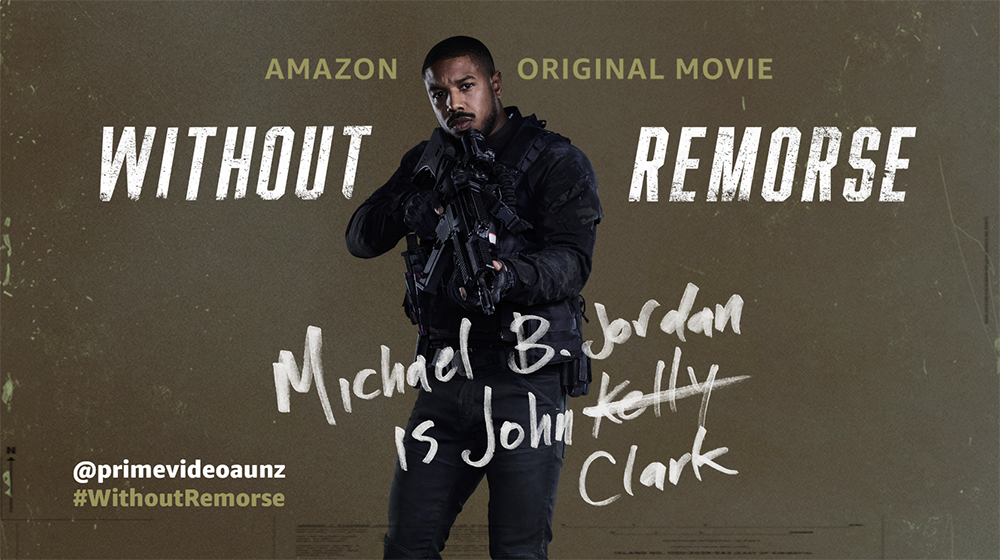 “Thank you so much for having me! Incredible set up and such a lovely team. Excited for the future!” – Alex Hayes

“What a fun event. I had a great time, it was truly a pleasure.” – Danny Clayton

“Thank you so much for having us!!! Adore you guys” – Bella Varelis

To celebrate this years biggest blockbusters, Tom Clancy’s Without Remorse featuring Michael B. Jordan, Amazon tasked us as event management agency in Sydney to host an exclusive pre-screening with some of Sydney’s most popular social media talent. Keen to see what the Two Palms team can do for your next event? Get in touch today.